Photo by Burst from Pexels

Perfectly creamy, wholesome porridge will help you gather your little bears around the table for a sweet weekend breakfast.

My four-year-old daughter came into the kitchen as I was busy making dinner last night and said, “Mommy guess what? Porridge.”  “Porridge?” I asked. “You know what that is?” I had never made it before. “Yeah!” she exclaimed, her little curly head bobbing as she bounced on her tippy-toes. “That’s great,” I said with my head still in the fridge, trying to remember what I needed to grab.  It was preschool Back-to-School night and I had to get dinner ready early. My parents were coming to stay with the kids so my husband and I could both attend.

I didn’t give it a second thought until I was in her classroom later that night, perched on one of those little plastic blue chairs listening to the teacher tell us about the curriculum.  She said, “Today we read Goldilocks and the Three Bears and the children learned three new vocabulary words.  Angry, tasty, and porridge.”

My heart sank a bit as I thought of my little girl, bouncing up and down in the kitchen, excited to tell me the new word she learned, the word she had remembered from that morning in school.  She had been playing before that, and probably stopped everything when the word popped into her head and she came running to find…me. And I gave her about five seconds of attention and a lousy offhand compliment.

When we got home last night, her eyes lit up as my husband and I told her all about the people we met and the things we saw, confirming her own experience.  At bedtime she was still talking about her classroom when I said, “Hey, would you like mommy to make you some porridge in the morning?” Her eyes widened and she inhaled sharply as if I had suggested flying to the French Riviera for croissants in the morning.  “Yessss,” she breathed.

So this morning I pulled out Geoffrey Zakarian’s My Perfect Pantry and made his “Ultimate Porridge”.  The recipe uses steel cut oats, and if all you’ve ever had is the more common rolled oats, you should give these a try.  They offer a completely different texture: spoonfuls of chewy goodness. I do recommend making this on a weekend morning, as the process requires a little time. It is comforting and therapeutic, though, watching it come together and serving it up for your family.  And it is good. My husband, who isn’t a fan of hot cereal, eats this and likes it. The recipe calls for dried cherries and raisins on top, but you can put whatever you like. I added cinnamon and syrup for my daughter.  And for my little goldilocks, it was just right.

From Geoffrey Zakarian’s My Perfect Pantry

Zest of ½ orange, removed with a vegetable peeler

In a small saucepan, combine the milk, orange zest, honey, ginger, and salt.  Bring to a simmer.

Put the oats in another small saucepan and ladle in half the warm milk.  Bring to a simmer and cook until absorbed, about 8 minutes. Add the rest of the milk a ladle at a time, waiting for it to be absorbed before moving on (as if you were making risotto).  The entire process will take 20 to 25 minutes, depending on the brand of oats you buy, ending up with a thick creamy porridge. If you want a slightly soupier porridge, stir in another ¼ cup or so of milk at the end.  Discard the orange zest and serve the porridge in warmed bowls. Sprinkle each serving with some of the dried fruit. Serves 4. 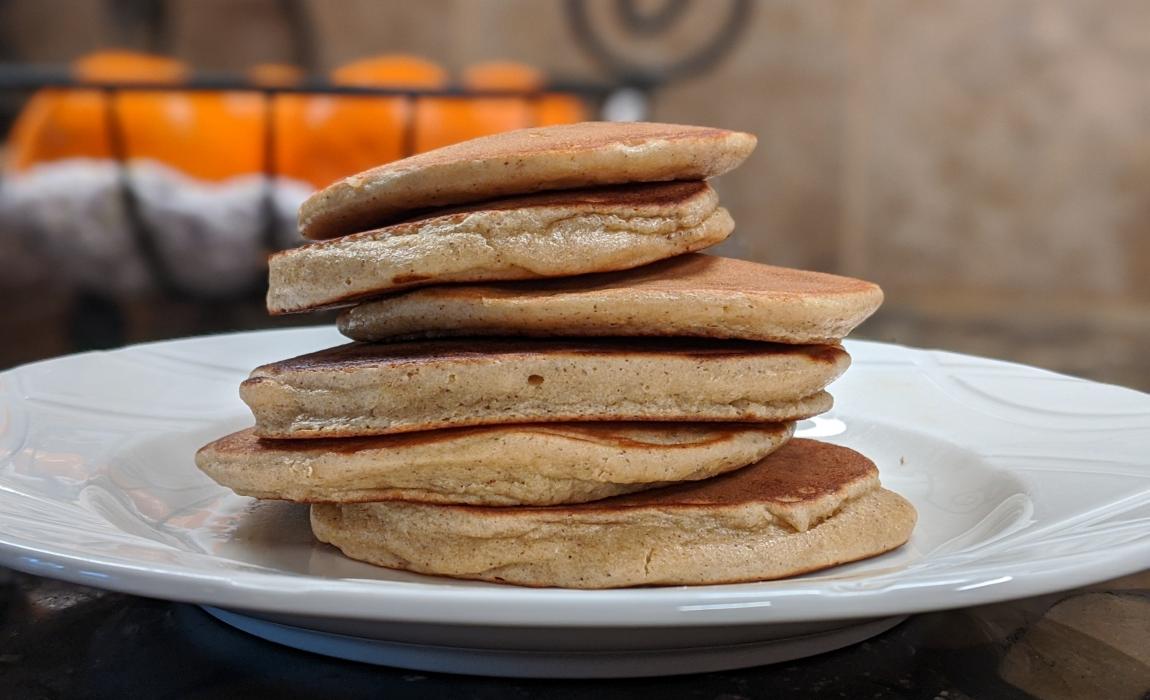