Photo by Ella Lena from Pexels

I am in the middle of reading Unsheltered by Barbara Kingsolver.  My husband picked up this book for me because he knows how much I loved The Poisonwood Bible, which contains one of the best opening passages I’ve ever read (idea for another post!).  Her style is elevated but completely accessible, so it’s perfect for evenings when my quarantined mama brain is fried from homeschooling, germ paranoia, and disturbing news headlines, but not quite pulp that will tolerate nothing but spoon-fed Netflix.

As its title suggests, it explores what it means to be ‘unsheltered’, from family members dealing with the literal dilapidation of their home, to a woman who is unprepared for motherhood, to Darwin sweeping the rug out from underneath Adam and Eve, to an unemployed, Harvard-educated young man drowning in student loans.  The intersecting stories span over a century and take place in my native New Jersey.  The current racial upset has maybe cast this passage in a readier light for me to linger upon, but it also speaks to the message of the book as a whole so far.  Here, Thatcher, a teacher, has gone to check up on his neighbor, a female naturalist at a time when women were not recognized in the sciences.

He found his neighbor in distress outside her front door, poking a broom handle into the rafters of the piazza.  A black cat emerged eventually and slipped like a dark spill down the ivied pillar, carrying away something feathered in its jaws.
…
She shook her head.  “The damage is done.  I was in the parlor mounting a little fern just now and heard my friends out here in distress.  As any parents would be, losing their young.  I’m heartsick that I heard the warning too late.”

“Survival of the fittest,” Thatcher consoled.  “Nature red in tooth and claw.”

“I’m sure you know you are quoting Tennyson, a sentimental poet.  There is nothing of nature in these felines.  They’re kept by cosseting human masters, pampered to perfect health and then turned loose on the neighborhood to terrorize poor wildlings who worked so hard to make a nest and brood their young.”

Her dark eyes drilled into Thatcher, who contained no adequate response.

Both history and nature are important teachers, and while the cat’s nature may make it more fit for survival over the fledgling, I think what Kingsolver is saying here is that it is the intrusion of circumstances that may alter the outcome.  If the cats were feral, maybe they would’ve been too scrawny to climb the pillar, or maybe a dog would have gotten to them first.  But they are hunting for sport, not survival.  While the cats enjoy the milk and cushions of advantage and security, the birds are at the mercy of the elements.  As complicated as our modern racial dilemma may be, I think a historical understanding of its roots helps to light the way for how to proceed.

The fairness of the fight is something I think about often.  Racial equality is an unfair fight because centuries of advantage have given a runaway lead to a dominant race.  Positions of power, establishment of wealth, and superior education were not available to people of color until much later in the history of our nation.  Some may say that minorities are to blame for a majority of the crime in our country.  But crime is often caused by ignorance and want (remember A Christmas Carol? The children of man, “Ignorance” and “Want,” cower beneath the robes of the Ghost of Christmas Past.  “Beware them both,” he says).  Poverty and lack of education are cyclical, and while they prey on people of all races, there is no doubt that minorities have been historically disadvantaged.  And so, for many, the fight to build their nests and raise their young to bright futures is a bit harder.  It is our responsibility to understand where we have been so that we can teach our children how to play fair.

A page from her book: Mrs. Sowerby 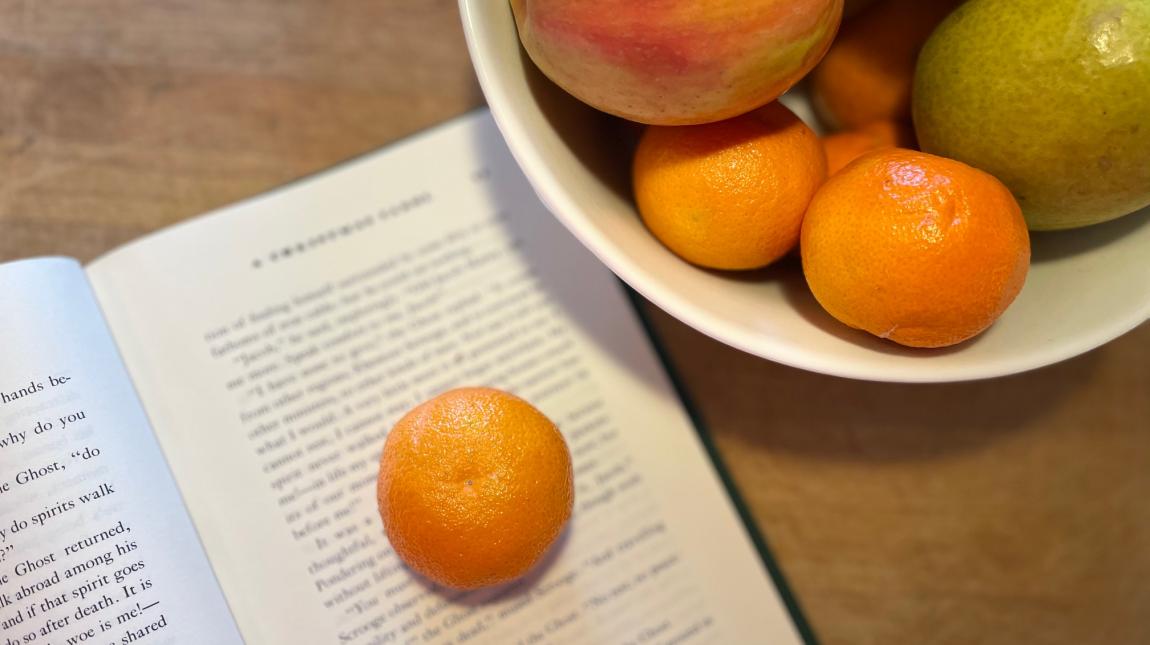 The Spirit of Dickens

All the Light We Cannot See