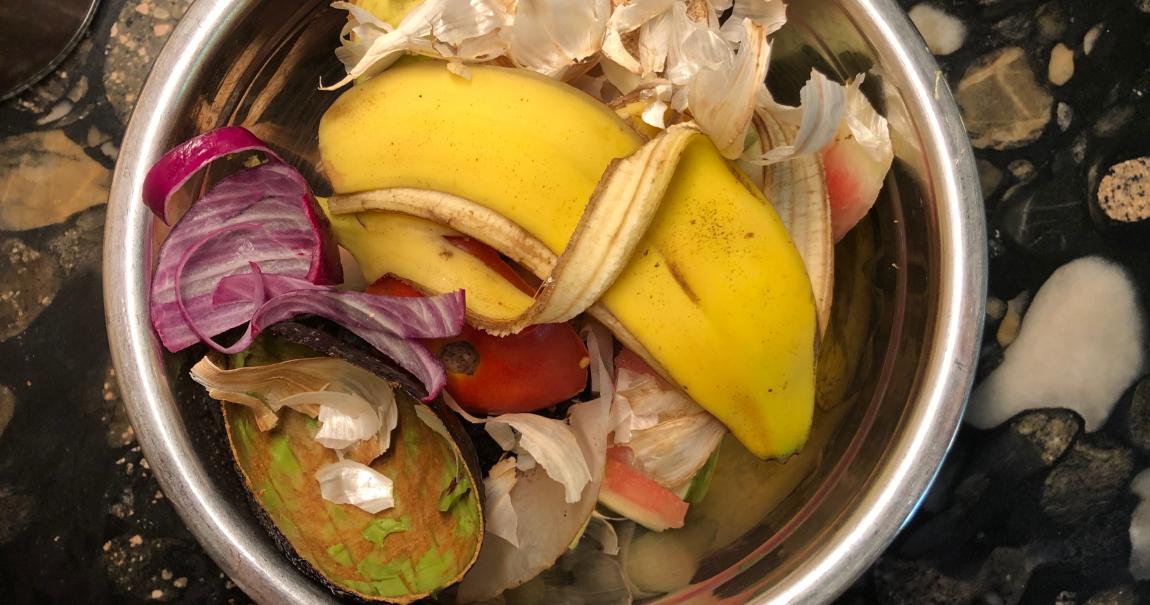 Here are the words that shared living space with the word ‘compost’ in my mind before actually attempting it:

something only farmers do

Now, we have kept a garden for years but this thing known as composting still seemed kind’ve separate in my mind, like something we don’t do in suburbia.  Isn’t it weird how we create these illogical limitations?  The older I get, the more I realize that I do this way too often.  So in this spring of the Corona blossom, we found ourselves rethinking our gardening approach and began a compost bin.  It is something we should’ve done a long time ago (like discovering the clothesline), and I’m going to debunk (almost all of) the above assertions.

My mental image of composting really was wrong.  I am loving how such a small shift in our routine and mentality has such benefits.  The kids are excited to see the results and it helps them learn about nature’s process.  They are excited to add it to our garden to watch veggies and flowers grow bigger.  They are understanding that it’s important to think before we throw something away, and truly we are producing significantly less garbage.  I wish we started a long time ago, but I’m glad we’re rolling now and I hope that if you haven’t given it a try, you might maybe feel inspired to turn that trash into your garden’s treasure.  If you do try it out, drop a comment below and let me know about it!

Herbal Tea by Me

A Momma's Pen writes:
Aug 2, 2020 10:05am
Amazing! I love how you write about these simple, homey "traditions" and teaching your children how to make the most of what's available around them. So important! I like to think we're doing the same over at my home. We always speak of the negatives surrounding quarantine, but there are so many positives, too! Like conserving and eliminating waste, discovering workarounds for kitchen ingredients/processes, perfecting bread-making and even cooking skills, starting a garden...the list is endless. Speaking of which, do you have any advice for starting a garden? I want one so bad but I have a huge black thumb.
Reply
Heather Walsh writes:
Aug 13, 2020 12:12pm
I feel like growing anything edible is an awesome feeling no matter how small, so honestly I would start with herb pots! You can even just put them on a sunny windowsill. Some really hearty ones are rosemary, chives, and thyme (mine are perennial...they stay outside and survive the winter). Mint is really easy but invasive, so definitely give it its own pot, same with oregano. But herbs in general are forgiving and also really satisfying because you get to go snip some pretty much every day to incorporate into your cooking, and you will find yourself discovering more ways to use them. Let me know if you give it a try! Thanks, as always, for reading :)
Reply